What Kinds of Field Hockey Sticks Are There?

What to Look out for when Buying a Field Hockey Stick?

When it comes to field hockey sticks, and, for that matter, hockey sticks in general, one of the most important things you have to consider is the head shape, which is defined by the shape of the toe, as well as the angle and position of the bow.

What Kinds of Field Hockey Sticks Are There?

So, what are some of the different types of sticks? Roughly speaking, you’ve got the shorty (for offensive players), midi (ideal for beginners), maxi (preferred by defensive players) and hook (old-school), going by the toe size, or regular (good all round), control/mega (enhanced lifts and drag flicks) and late/low (extra control, enhanced performance), going by the bow type.

What to Look out for when Buying a Field Hockey Stick?

You might think that choosing the material should be your number one concern, but you would be only partially correct. Yes, the material does influence wielding, your movements and power, as well as the rate at which you become tired, but what’s more important is the shape of the stick, specifically, its head, as already explained.

Naturally, you should also make sure you have all the equipment necessary before even thinking going out on the field, or, more importantly, before sending your little tykes on the field. You’ll need a decent pair of cleats, mouthguard, as well as shinguards, a pair of gloves, and a duffel bag to carry it all in.

So, let’s get to know some of the characteristics of a Malik field hockey stick. For one, they tend to favor composite materials, at least in their adult lines. You might find some wood stick encased in fiberglass for juniors, which is both cost-effective and good practice for the little tykes.
The dominant component is carbon, which gives more of a zing to your strikes. As far as size goes, they usually have a uniform offer of either 36.5″ or 37.5″, for folks whose height ranges from 5’4″ to 5’9″ or 5’10” and over, respectively.
Malik field hockey stick positions, in terms of bow and curve positions, are somewhat limited, as you may have noticed. Most of their sticks feature what is called a dribble curve, which is not dissimilar from the Adibow by Adidas or Pro Mould by Gryphon, if you happen to have played with these. If you haven’t, suffice it to say it’s great for technical dribbling, but it’s also a good all-rounder.

Don’t know which stick is right for you? Check out our Buyer’s Guide Here!

Keep in mind some of these sticks go in and out of Amazon quickly!

The Black Cobra strikes fast and leaves devastating consequences! Now that the obligatory snake pun is out of the way, let’s get to know this puppy a little closer. The Malik Black Cobra is a limited edition, so it’s a bit pricier than the rest of the list.
Material-wise, the Cobra is pretty much what it reads on the tin – a composite stick with lots of carbon going into making it. This gives the stick a degree of rigidity, and enables you to have enhanced control over the ball, both running with it and dribbling.
Moreover, thanks to the composition, the Cobra is able to give you that extra edge you needed when drag flicking, while the Dribble curve makes it every dribbler’s wet dream.

Power and accuracy. This is the way to best summarise the Malik Punk Composite Stick. Unlike the rest of the list, the Punk contains sort of reversed percentages, with 80% fiberglass. This not only makes the stick lighter, but also cheaper.
This way, the Punk becomes a great entry level stick, as this high percentage of glass fibre makes it a bit less rigid than it would be if carbon were dominant, and, by extension, also much more forgiving. It’s probably best suited for young and developing players, kids that have only just taken interest in field hockey. The Punk is designed for players who need superb control over the ball while running with it.
Color-wise, it rocks pink Malik lettering on a black background, which is pretty much in line with the name.

If you’re looking to improve your dribbling, making it more effective, and retain enough control to get out of sticky situations, then you might want to try the Malik Naranja Composite Sticke. And, yes, it’s orange, or, rather, the letters are orange. The black base provides for a high contrast, making the lettering stick out even more.
As far as the build goes, this is a composite stick, with carbon being the dominant component. It also has a small percentage of fiberglass for a bit lower price, as well as weight, and a miniscule amount of aramid, which serves the purpose of absorbing and dampening shocks spreading through the stick when your strike or receive the ball.
It goes pretty much without saying that the Naranja features the Dribble curve, which allows for better control over the ball, and some pretty effective drag flicks.

The Malik Fresh is the ideal stick for players who prefer having lots of responsiveness and total control from their stick. The composite build of this stick contains 50% carbon fibre (for the US and Europe, though the percentage climbs up to 75% for the UK market).
It’s prominent on the outside of the stick, which is a new addition from Malik they call the Carbon Wrap. This, in essence, implies that it’s the carbon that comes into contact with the ball first, which translates into more power and rigidity in your strikes. Moreover, this also means it’s on the light side (we’re talking about the stick’s weight, not how the player uses the Force).
In regard to the head, the Fresh, much like the rest of the product line, rocks the Dribble Curve, which lends itself particularly nice to, well… dribbling and tricks. Although it can be used by beginners, primarily for its small weight, the Fresh is much better used in a pro’s hands.

As you might’ve guessed from the name, the Malik Azul Composite features a nice, relaxing blue on black background. Sprinkle and odd M on the head, and the Azul gets a quite appealing, sleek look.
Far from being pretty on the outside alone, the Azul is also pretty on the inside. It has a high percentage of carbon, which makes it quite stiff. This translates into better handling, as well as more powerful hits. In other words, the Azul is meant for players who want more control and responsiveness from their sticks.
As far as the weight goes, it’s barely above 550 gr (just shy of 20 oz.), speaking of the 36.5″ variant, whereas the 37.5″ flavored barely differs. Either way, it’s easy on the arm, and the only thing that should guide your choice is your height. Much like the rest of the line, the Azul also features the Dribble Curve, making it ideal for higher-level players.

Final verdict
On a balance, the choice really boils down to choosing you preferred material. For dribbling, go with the Cobra, but for greater control when running with the ball, the Punk is much better. It’s also a great beginner’s stick. Alternatively, for pro-level handling and powerful drag flicks, take the Naranja. 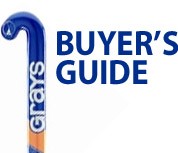 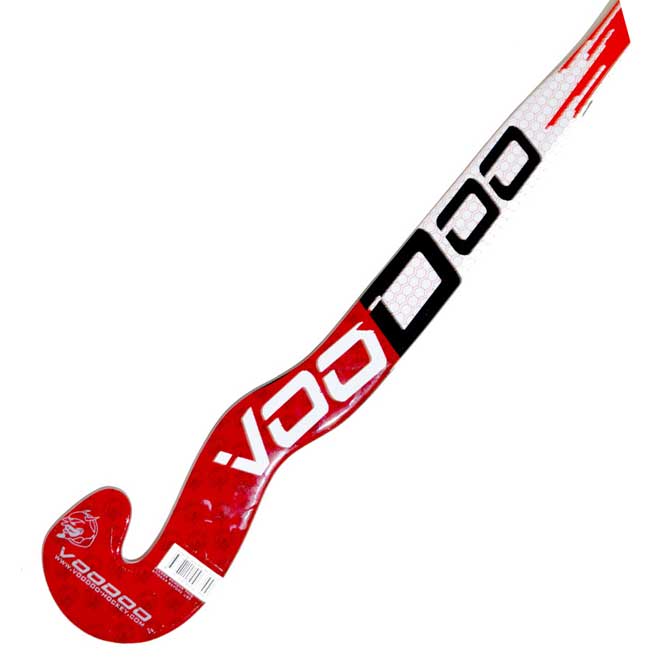