The Grays GX1000 with the maxi bow is an excellent beginner or intermediate field hockey stick with it's composite materials! 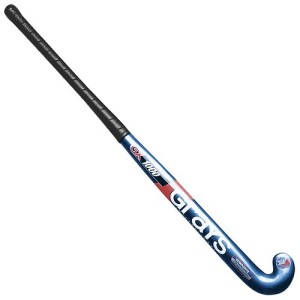 The Grays GX1000 field hockey stick is a superb stick for anyone looking for an entry level stick, possibly their first composite stick, or someone looking for a great stick but without breaking the bank. Much like many Grays sticks it looks sharp on the pitch and certainly does not disappoint.

GX1000: One of the Best Grays Hockey Sticks

Grays field hockey brings a very light stick with GX1000. Its lightweight can be contributed to the low carbon content or the great distribution of the weight- giving it a superb balance point, perfect for flicking and dribbling. Dribbling is good, like every Grays stick with the GX1000. Its lightweight makes moving the ball left to right very quickly, helping you move the ball away from defenders or onto you right side for that blistering shot on goal.

Often with lower carbon field hockey sticks we found that the GX1000 has a very hard, making dribbling that slightly bit harder. This is also felt in terms of touch on the ball- with receiving the ball being nice, with it not being too stiff, however the GX1000 relies on soft hands, absorbing the ball-something that many players take time to get used to. Despite this 3-D skills are very nice, with the Maxi head giving it a nice lift on the ball, giving you the ability to lift over the defenders stick. 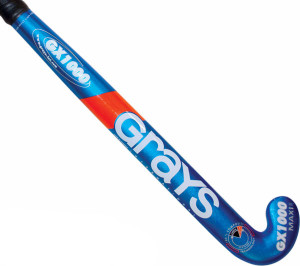 Shooting with the Grays GX1000

As mentioned earlier, flicking is very nice with the stick. Its Maxi head gives the GX1000 a nice angle on the head of the stick, giving it a whip on the ball. Drag flicking is that little bit harder, with the bow of the GX1000 being a lot higher than that of a drag flickers stick. Slapping with the GX1000 is smooth, with the low weight giving it an easy swing and helping produce that extra speed. When on the pitch the GX1000 allows a nice flat ball along the floor, however sometimes the GX1000 requires a lot more power- due to the lower carbon content making it a lot more about technique and upper body strength to produce much of the ball speed. This is similar with shooting, we found that the GX1000 is great for precision shooting, helping ensure you get your shots on target. However, getting ultimate power out of this stick takes some work, with technique and timing bringing this sticks hitting power to its best.

Overall the Grays GX1000 is a good stick for players looking for a stick that will provide a basis for all their skills, without having to adjust their technique to get the most out of their stick. We found that the Grays GX1000 was superb for dribbling and flicking, but its low carbon gave it that slightly lower power that gives it great shooting ability. We would recommend this stick for a junior player looking to get their first composite stick, or someone who prefers a lightweight stick to embarrass defenders with quick stick skills. At a great price, we would give this stick 3 stars. It is a great stick, but not the greatest produced by Grays.

The Grays GX1000 with the maxi bow is an excellent beginner or intermediate field hockey stick with it's composite materials!
https://www.fieldhockeyreview.com/grays-gx1000-stick-review/Grays GX1000 Stick Reviewhttps://www.fieldhockeyreview.com/wp-content/uploads/2015/05/Grays-Field-Hockey-Sticks-GX1000.jpghttps://www.fieldhockeyreview.com/wp-content/uploads/2015/05/Grays-Field-Hockey-Sticks-GX1000-150x150.jpg2015-09-13T18:59:34+00:00Field HockeySticksGraysThe Grays GX1000 field hockey stick is a superb stick for anyone looking for an entry level stick, possibly their first composite stick, or someone looking for a great stick but without breaking the bank. Much like many Grays sticks it looks sharp on the pitch and certainly does...Field HockeyField Hockey andywu217@gmail.comAdministratorField Hockey Reviews
Grays 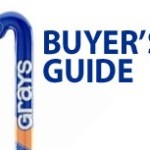 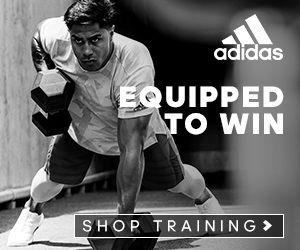